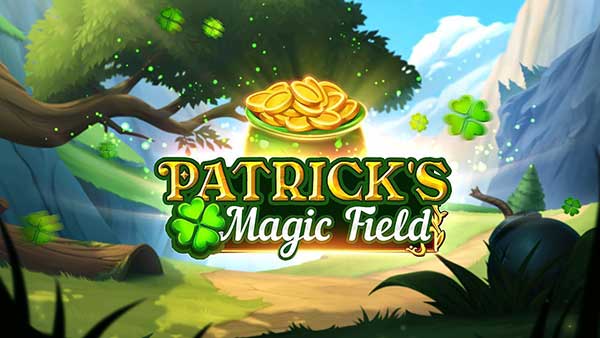 Game development studio Evoplay has announced the release of Patrick’s Magic Field, an Irish-themed instant game that challenges those that visit the enchanting Rainbow Hill.

At the top of the Rainbow Hill is a mischievous leprechaun named Evelina, who is willing to unleash an array of unpleasant tricks on anyone who trespasses her land and tries to steal her gold. Hidden under four-leaved clovers, it’s up to players to find which cells contain the precious prizes, with a collection of 25 cells to choose from.

To protect her gold, Evelina has carefully hidden a collection of bombs, hoping to stop those aiming to steal her prized possessions. In order to win big, all players have to do is avoid the traps, offering a straightforward gaming experience.

In order to heighten the tension, the instant game features an adaptable risk level which adjusts depending on the number of bombs on the playing field. The more bombs, the greater chance of losing, however, each cell includes a higher multiplier to reward the lucky few that don’t fall victim to Evelina’s traps.

Commenting on the launch, Ivan Kravchuk, CEO at Evoplay, said: “St. Patrick’s Day is a time where people celebrate their good fortune, we’re hoping to enhance the party with this latest release.

“This thrilling instant game offers a simple yet highly entertaining gaming experience, providing players with a joyous time and every chance to take home big rewards.”