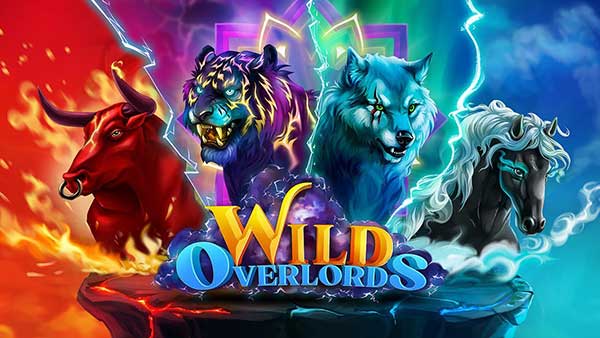 The game’s quest is to overcome the majestical beasts and gain access to their treasure, with players set on a mission to obtain their mystical powers to have any chance in winning.

To support the brave challengers, users will have an array of symbols to choose from, each filled with the elements that make the Overlords so mighty – including up to 12 Mystery symbols, which can turn into regular symbols, except for Wilds.

The merging of two Wild symbols activates eight Free Spins, with the appearance of the Big Wild symbol awarding Magic Spins and increasing winning multipliers up to x9. The game’s Wild symbols also contain an additional secret, while their appearance can trigger the exciting Mandala Respin filled with sticky Wilds and Big symbols, offering a maximum win of up to x6100.

Commenting on the launch, Ivan Kravchuk, CEO at Evoplay, said: “Our latest release will enthral everyone who plays it, with a fascinating story and beautiful visuals – opening up a fantasy world to players that will be sure to enchant and entertain.”
Wild Overlords applies Evoplay’s world-class game engine, Spinential, delivering 10x faster load-times, an enhanced UI, autospin feature and game history mobile bar that allows players to track their success.