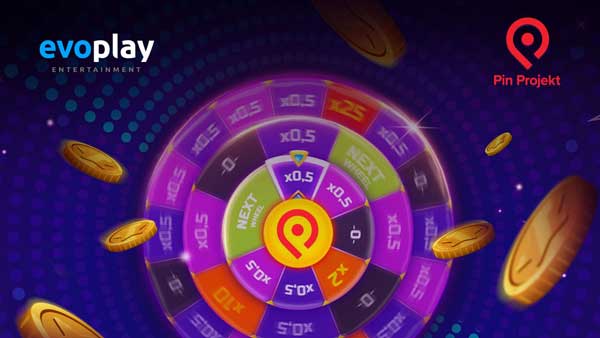 The comprehensive agreement gives Pin Projekt access to 40 games drawn from the content developer’s unique 100+ portfolio, including perennial player favourites such as Fruit Nova, Tree of Light and Treasure Mania.

Evoplay Entertainment’s latest partnership comes hot on the heels of its recent entry to Croatia, with the supplier further bolstering its impressive European reach after entering a range of new territories on the continent in 2020, with major deals spanning Italy, the UK, Malta and Romania.

The provider has also pioneered a variety of product verticals, including the increasingly popular instant games space with titles such as Pachin-Girl, a Japanese-themed hit that has already proved widely successful in a variety of international markets.

Commenting on the deal, Vladimir Malakchi, CBDO at Evoplay Entertainment, said: “Pin Projekt’s strong ambitions to play a leading role in Europe’s casino industry closely match our own, so we are thrilled to be joining forces with the platform provider.

“We can’t wait introduce our engaging suite of content to even more new audiences, while continuing to gear up for another revolutionary product launch later this year.”

Ivan Grkovic, Chief Commercial Officer, CCO at Pin Projekt, added: “We are delighted to sign with Evoplay Entertainment, a state-of-the-art studio which has consistently proved its position among our industry’s true pioneers.

“Our world-class offering is rigorously tested, and the products we create are of peerless quality. That’s why this partnership is such a perfect fit!”

Evoplay Entertainment has won plaudits from throughout the iGaming community for the distinguished approach to content development it has consistently adopted since being founded in 2017.