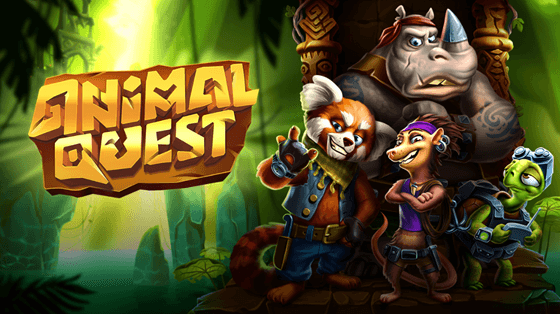 The 5×4 videoslot takes players on a thrilling journey through a treasure-filled rainforest in search of the lost city of Dinotitlan, encountering the game’s lovable Turtle, Rhino, Opossum and Red Panda characters along the way.

Each adorable companion appears as both a Double and Big Symbol, with the latter taking six positions on the reels and triggering respins.

Commenting on the new title, Ivan Kravchuk, CEO at Evoplay Entertainment said: “Experience the delights of the natural world in our latest release Animal Quest, a title as fun as it is spectacular.

“With a treasure-laden ancient city, charming jungle characters and massive win potential all expected along the way, intrepid players are invited join our exciting adventure and take a walk on the wild side.”

Having earned a host of industry plaudits and award nominations for its revolutionary in-game tech in 2019, Evoplay Entertainment remains dedicated to transforming the gaming experience for the next generation of player.

Now boasting an 80+ strong portfolio of slots, table, and instant games, its latest gaming catalogue set to be unveiled throughout 2020.