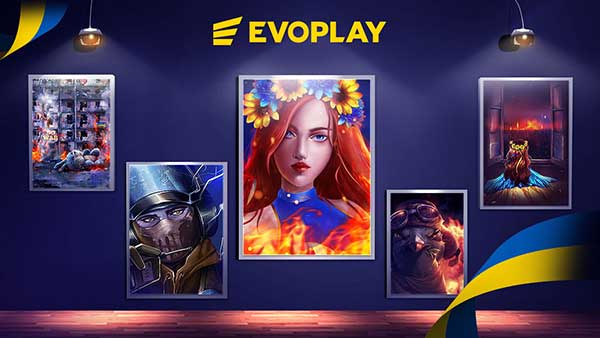 As a game development studio that employs a majority-Ukrainian team, Evoplay has launched a new project to support the Ukrainian defence effort, with the creation of a series of themed NFTs.

In addition to the company’s various support initiatives, Evoplay has designed and launched a series of visuals to accompany five digital assets, dedicated to the courage, strength, and resilience of ordinary Ukrainians.

All five of the NFTs can be found on OpenSea.io, and the official auction starts at 11am on April 6th, 2022 to support the Ukrainian relief effort. The NFTs will also have a QR code that leads directly to the official donation page of the National Bank of Ukraine, in a bid to support the Ukrainian army with needed financial asset to withstand the aggressor country. .

Commenting on the launch, Ivan Kravchuk, CEO at Evoplay, said:

“We cannot stand idle during this conflict, and as a Ukrainian company at heart, we are constantly looking for new ways to support Ukrainian relief efforts.

“Thanks to the hard work and determination of our designers, we have been able to launch a series of themed NFTs that can be traded and sold to support the Ukrainian economy at a time of real need.

“We would like to thank our friends, employees, and partners for their continued support through this terrible time, and we are so proud of everything our team is doing to support our country.”