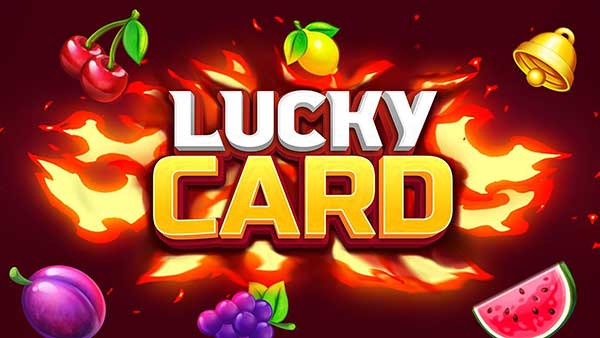 Players are welcomed into a juice bar named Lucky Card; they are then offered the chance to enrich themselves with a range of juices that are filled with vitamins and innovative rewards.

The delicious fruits provide not only a healthy drink but offer players the chance to win big since each fruit has its own value represented in the form of a generous multiplier. Thanks to these multipliers, lucky players could benefit from a maximum multiplier worth a delightful x77.

Only three identical symbols are required to win, giving players a favourable chance to reap big rewards. The more expensive the fruit is, the larger the sum awarded is – there are nine cards to choose from, therefore players must choose wisely if they wish to win big.

Commenting on the launch, Ivan Kravchuk, CEO at Evoplay, said: “We’re delighted to enhance our portfolio with Lucky Card, a scratch card game which boosts our offering in the extremely popular instant games vertical.

“The new release encompasses a charming blend of audio-visuals, one that will find no difficulty in maximising the retention and engagement of players.”