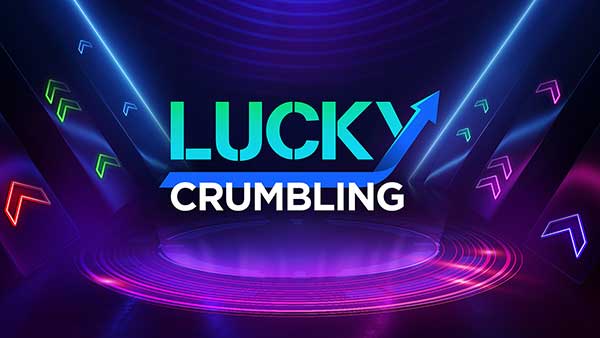 The innovative release invites players to compete against each other, where they must assess when the game’s stock graph will crash and bet at the most advantageous time.

Guessing correctly could see them collect huge winnings, with a welcoming x1000 multiplier on offer, raising the excitement and boosting the chance of stock-exchanging success.

Players can place two bets in one round, these can be played together, although the amount placed can differ, giving players the freedom to apply their own critical thinking.

Eager stock traders may also use the notable Cash Out feature which can be activated at different times. To add to the excitement, Lucky Crumbling also incorporates a unique formula that keeps early cash-outs and those preferring big risks at the same level.

With the latest release being a multiplayer game, successful traders can boast about their results thanks to the top 100 list, which creates competition for the best outcome and top spot.

Commenting on the launch Ivan Kravchuk, CEO at Evoplay, said: “We’re delighted to introduce our latest multiplayer game, Lucky Crumbling, which takes inspiration from the recent bout of crash-style products that have reached the iGaming world.

“The title’s simple design makes it one of the most accessible releases to date, whilst its captivating gameplay and features are set to mesmerize anyone who plays.”