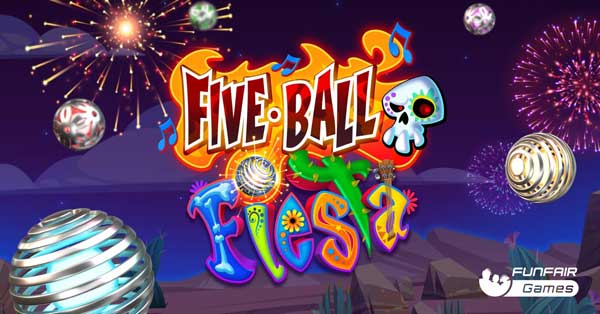 The Day of the Dead themed, pinball-style game takes players through the atmospheric world of Five Ball Fiesta, with upbeat sounds and vibrant eye-catching visuals.

Players place bets on five balls ejected from a trumpet or boosted by fireworks, that increase their winnings. Big wins are up for grabs with features including multiple bets, live player bets and round history.

There is also an exclusive Skull Jackpot Bonus; a high-paying bonus round that elevates the party to another level, offering players prizes worth up to 115x per ball.

Five Ball Fiesta will be distributed by EveryMatrix’s remote gaming server, RGS Matrix, and will be available to multiple high-profile, global brands.

“With a trio of multiplayer titles now on offer, we’re pushing boundaries in casino with a completely new game type, seperate from the slots segment. We’re presenting players with gameplay that’s engaging and social, something operators and customers are responding incredibly well to.”

“With an emerging trend of players looking for more engaging and unique experiences, we are confident that Five Ball Fiesta will be a big hit with both existing and next-generation gamblers.”