Habanero delivers a night to remember in Soju Bomb 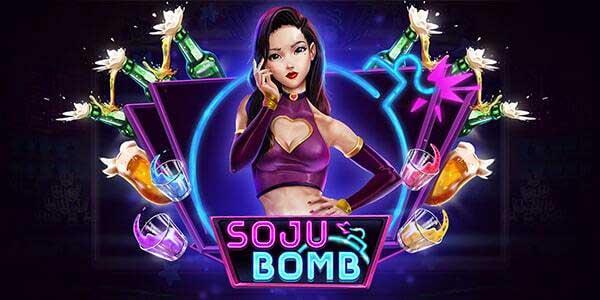 Premium slots and table games provider Habanero invites players to enjoy its latest party-themed slot, Soju Bomb, which mimics the joys and thrills of nightlife at some of Korea’s hottest clubs.

As part of the Year of the Tiger, Habanero has dedicated itself to launching some outstanding Asian-themed titles that provide a truly unique experience for players the world over.

Offering an enjoyable and engaging playing experience, the 5×3 title provides up to 243 ways to win and offers bar-like interactions that keep players entertained all night long.

With the backdrop of a neon-lit bar delivering a real sense of nostalgia, the base game’s playful soundtrack, fruity symbols and silky animations will have players wanting to dance the Korean night away.

Toppling all of the shot glasses triggers the Soju Feature, awarding impressive multipliers worth up to 11x the bet and up to 15 Free Games in the feature round.

Commenting on the release, Toni Karapetrov, Head of Corporate Communications at Habanero, said: “Put on your dancing shoes and enjoy a night to remember in our brand-new release, Soju Bomb!

“Our newest slot delivers an experience that our more mature players are guaranteed to enjoy, with Korea’s rich nightlife culture shining through and adding a real sense of variety to our offering.”

As one of the industry’s leading slots and table games providers, Habanero took home the Game Innovation award at this year’s CasinoBeats Games Developer Awards.

The MGA-licensed studio has also been shortlisted for multiple EGR Awards, including Slot Supplier of the year at the EGR B2B Awards earlier in the year, as well as the EGR Italy Awards, held in Rome in October.

Following an extraordinary 2021, Habanero has continued to reinforce its leading position as a tier-one supplier by securing notable deals with the likes of 888Casino, Codere, Betway and LeoVegas.