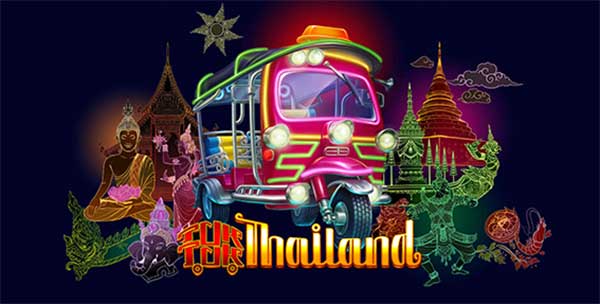 Inviting players to hop in and embark on a visually stimulating journey, the 5×3 slot takes players on a tour of Thailand’s most iconic city, giving them a real glimpse into the rich culture that exists around every street corner.

The game features a bespoke soundtrack, authentic graphics, and charming symbols that recognise various staples of Thai society, from popular food dishes to its cultural celebrations.

Offering highly immersive gameplay, the Wild TukTuk symbols stick to the reels once the Free Game feature is triggered and can be upgraded by landing a winning combination during the bonus round. These symbols move one space to the left with each round that passes until there are none left.

Money symbols will appear at random throughout play and deliver payouts worth up to 100x the bet, adding a real element of exotic excitement to the already bustling playing experience.

Commenting on the release, Toni Karapetrov, Head of Corporate Communications at Habanero, said: “Tuk Tuk Thailand is an imaginative new release that really throws the player in the deep end, immersing them in the fast-paced culture on display in Thailand’s capital city.

“With sticky Wilds and Money symbols on hand to multiply wins, the colourful new release is guaranteed to engage players, delivering a real taste of what life is like in Bangkok.”

As one of the industry’s leading slots and table games providers, Habanero took home the Game Innovation award at this year’s CasinoBeats Games Developer Awards. The company also received a shortlist in the Slot Supplier category at the renowned EGR B2B Awards, demonstrating Habanero’s strength in game creation.

Following an extraordinary 2021, Habanero has continued to reinforce its leading position as a tier-one supplier by securing notable deals with the likes of 888Casino, Codere, Betway and LeoVegas.