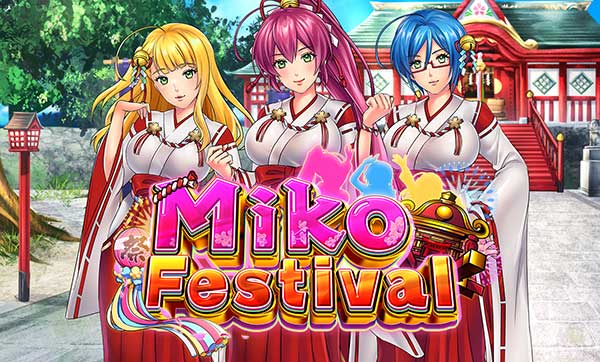 The new title features an anime-inspired theme, with a host of eye-catching symbols including Golden covered Scatters and Wilds, while three gregarious sisters dish out large rewards throughout the gameplay.

During the main game, a Three Sisters Feature is randomly triggered, where the siblings give users the chance to play one of three games: shooting, ring toss or fortune.

Each mode delivers a unique encounter, with the shooting and ring toss modes changing symbols to increase prizes. While in fortune, players can gain mesmerising win multipliers or receive highly rewarding Hearts.

Festival goers can also collect hearts when one of the sister’s double stacked symbol lands on a reel. Collecting enough hearts triggers a Kissing Bonus and the longer this bonus lasts the more players will be awarded.

Increasing the enjoyment is the Festival Bonus, a Free Game mode that is triggered when three or more Scatters land. During the Free Game, the mode can be retriggered once again if the Sakura Lamp lights up.

Madis Raus, Head of OneTouch, said: “Our latest release is one that gives fans a different gaming experience, as the title’s main characters offer three ways to win big thanks to the Three Sisters Feature.

“We’re delighted with the final product, with some thrilling artwork and captivating visuals guaranteeing a sharp increase to player engagement figures.”