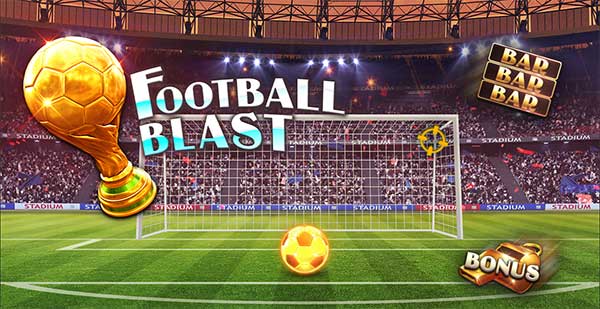 The excitement of a major football tournament and the thrill of classic slots come together to deliver a ‘fruitball’ game with a twist in Kalamba Games’ latest slot release, Football Blast.

The 5×3 reel game with 20 paylines is home to much-loved familiar icons like fruits, BARs and sevens, which players must combine to score wins. These are joined by golden trophy wilds and a referee’s whistle which awards the bonus round when three appear simultaneously.

Kalamba’s K-Cash mechanic takes its place in the starting lineup with the amounts shown on the symbols being won if up to six are achieved. Seven or more scoops the money, plus one of five Cashpots and a K-Cash spin.

Three of the bonus symbol whistles landed at once take the player into the free spins round where any further whistles pay and award extra spins. If six or more K-Cash symbols appear, they lock in place and grant a respin offering the chance to scoop a top Cashpot prize. Plus, there’s a Win Multiplier that increases by one for every K-Cash symbol landed. Additionally, HyperBonus allows entry to the Bonus Round at any time.

With a max potential win of over 10,000x on offer, the slot creates cup final potential and anticipation, in a festival of football and fruit slots action.

Alex Cohen, COO and Co-Founder at Kalamba Games, said: “Football fever is everywhere right now and nowhere more so than in our latest title Football Blast.

“Our team of champions has created another Kalamba slot that delivers goalmouth scramble volatility with a classic fruit twist and is the perfect companion for football fans everywhere.”