Land of Zenith hits the heights for Push Gaming 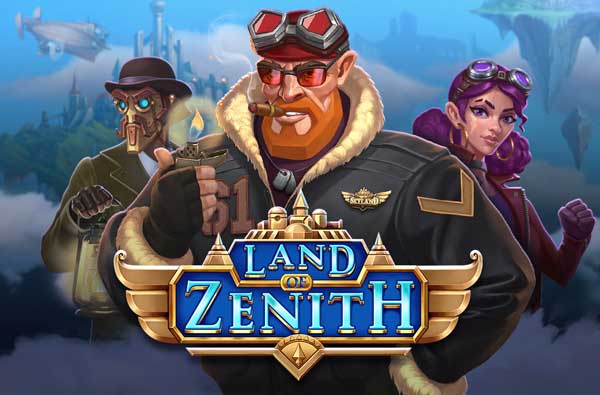 B2B gaming supplier Push Gaming reaches for the sky and a host of features with fantasy title, Land of Zenith.

The enthralling new game will be released across the Push Gaming network on Thursday, March 11th following a successful exclusive launch with beta partners Rootz earlier this month.

The titular world is inspired by the floating realms of Gulliver’s Travels and sees players seek adventure in the clouds alongside a band of intrepid explorers.

An intriguing golden disc introduced during the base game serves to trigger an array of features if all grooves are aligned across the 6×4 reel layout. This mechanism can also be combined with turner symbols to enhance anticipation for the player.

The allure of the mysterious setting is heightened by the bouncing Mystery Feature which can land on several positions, anywhere on the reels, revealing a different symbol each time. But it is the return of Push Gaming’s signature Hypermode™ Free Spins feature which accelerates the excitement with unlimited re-triggers, providing players with a wild and engaging gaming experience.

The airborne adventures of the valiant explorers in Land of Zenith exemplifies the entertainment-first ethos seen in earlier hit Joker Troupe, which heralded the arrival of Hypermode™ across Push’s range of games.

“I’m proud to see that the talented team here has done it again with Land of Zenith. It’s a beautifully designed adventure in the clouds taking cues from classic fantasy literature and adding some of our own gaming magic to create a truly modern and engaging slots experience.

“Once players get their hands on it, I’m sure that they’ll have as much fun playing it as we did developing it. It’s yet another hugely entertaining title to add to our content portfolio.”

Established as one of the industry’s most entertaining suppliers, Push Gaming is live across several regulated European markets with the likes of GVC, William Hill, Mr Green, Casumo, LeoVegas, The Rank Group and Gamesys.