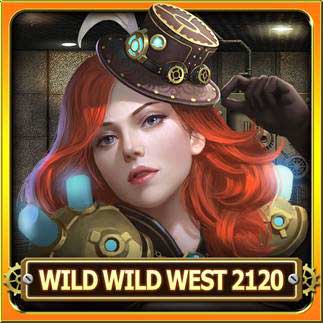 The 5×3 title transports players to a futuristic Wild West in pursuit of a prized bounty, with a Free Games round where two of the reels turn into Wilds and multiple jackpots can be won with a single spin.

The release follows a succession of acclaimed game launches from the mobile-first studio, including engaging hits such as Flexing Dragons, as it prepares to debut an additional range of cutting-edge products.

The developer’s offering continues to be enjoyed by a growing global fanbase, following on from its recent commercial partnerships with key platform providers such as Revolver Gaming and Slotegrator.

Ollie Castleman, Head of Marketing at OneTouch, said: “We’re delighted to saddle up with our valued partners at Big Wave Gaming to create Wild Wild West 2120, an enthralling new game with a fantastically inviting theme.

“The company has enjoyed impressive success in the social games space, so we have no doubt that this new title will perform strongly.”

Ivan Rungkat, Managing Director at Big Wave Gaming said: “OneTouch’s cutting-edge portfolio of mobile games is packed full of quality and innovation, so it’s fantastic to team up with the company for the epic Western adventure that is Wild Wild West 2120.

“We’ve experienced huge success in the social casino market and beyond, and expect this collaboration to be the first of many.”