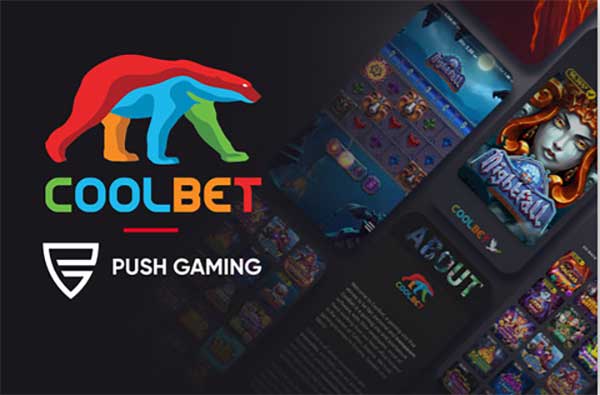 B2B gaming supplier Push Gaming has strengthened its position in key regulated markets with leading operator Coolbet who will begin directly integrating its portfolio of games.

This latest partnership will deliver Push’s recent hit titles such as the hugely popular Nightfall and Big Bamboo, along with upcoming releases like Fat Banker and player-favourite hits like the ground-breaking Jammin’ Jars series.

Coolbet currently operates in markets such as Sweden, Estonia, Ontario and other prominent regions globally. This will see Push expand its presence in both Europe and North America as it continues its worldwide growth strategy.

The deal is made possible by an integration via Push Gaming’s RGS platform, which has become a key part of many partnerships since its acquisition of GSI in 2020.

The agreement will allow Push’s player-first portfolio of high-quality titles to gain greater audiences within these regions, further developing its player base, and is the latest in a series of commercial partnerships in a growing number of regulated territories.

Fiona Hickey, Head of Sales at Push Gaming said: “It is a pleasure to partner with Coolbet, this deal comes at an exciting time as we continue to work on providing the industry with our most varied and high-quality releases to date.

“Equally, Coolbet currently operates in Ontario and has a presence in Latin America and this represents a great opportunity for both parties to focus on future growth in these burgeoning markets.”

Patrik Backlund Head of Casino and Games at Coolbet added: “Providing our players with the highest standard of engaging titles available on the market has always been a key goal of ours. We are incredibly proud of this latest deal with Push Gaming, which will help us further achieve this target.

“Push’s vast portfolio of fan-favourite titles will both engage and excite our players and we look forward to seeing the reception its extensive slot offering will receive.”