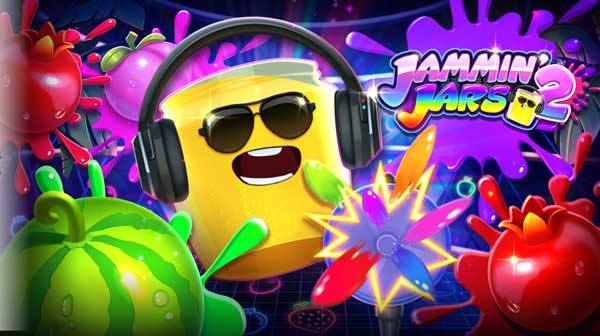 Released in June to glowing reviews from players, operators and streamers alike, the sequel to the wildly popular original, Jammin’ Jars, has proved to be one of the studio’s strongest games ever, performing incredibly well across global markets.

No other game in Push Gaming’s history has attracted such a large following so quickly. Described as “the perfect follow up to one of the most popular grid slots of all time,” by BigWinBoard, Jammin’ Jars 2 has been responsible for an incredible increase in turnover of around 150% in the UK alone, compared to the previous month.

Similar numbers have been seen across an array of markets with total unique players and gross gaming revenue also witnessing meteoric levels of success.

Casinolytics – the top analysis site for in-depth data analysis on Twitch game performance said that the release of Jammin’ Jars 2 resulted in one of the best game launches ever measured in streamer airtime on Twitch since its AI started tracking the live-streaming landscape in 2019. Almost 10,000 minutes of streamer airtime during its first five days, it said, was: “an outstanding accomplishment.”

Widely tipped to be nominated for a host of industry awards in 2021, Jammin’ Jars 2 continues to be a player favourite and sits among good company in Push’s catalogue of quality games.

James Marshall, CEO at Push Gaming said: “While we always had high hopes for Jammin’ Jars 2, we’ve been blown away by the level of adulation it has received since launching. One of our best performing games, it is maintaining its engagement month after month and shows no sign of slowing down.

“The success is testament to the hard work the entire team put into its development, and we couldn’t be more proud.”

Push Gaming continues to build on the growth momentum gained from 2020’s acquisition of an MGA and UKGC-licensed platform and furthering its expansion ambitions across Europe with several new market entries prepared for the coming months.

Established as one of the industry’s most entertaining suppliers, Push Gaming’s content includes the award-winning Dinopolis and Jammin’ Jars 2, which are live in the lobbies of leading operators such as Casumo, LeoVegas, Entain and The Rank Group.