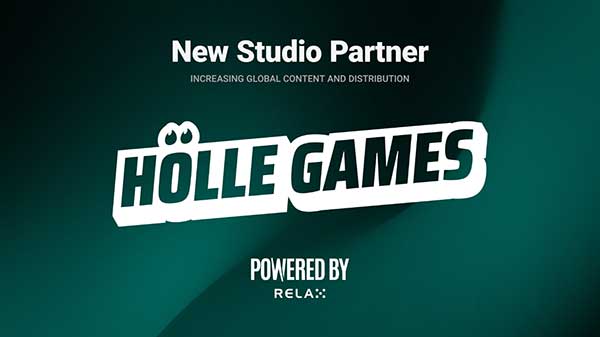 Relax Gaming, the igaming aggregator and supplier of unique content, has agreed a Powered By Relax partnership with cutting-edge video slots studio Hölle Games, who are currently focused on the regulated German market.

Based out of Berlin, the company has specifically created a game mechanic for the German market, called Bonus Spin, which provides the game experience players are used to while softening the tax-exposure, ensuring German customers get the best possible product gameplay.

The latest games studio to benefit from Relax Gaming’s unrivalled speed–to-market and technical excellence, Hölle Games boasts an MGA B2B licence and is ISO 27001 certified. As well as that, the company is also approved in the Swiss market.

The provider’s premium games also carry distinctive German names and themes, such as Holla die Waldfee, which is a German term that is shouted in times of joy and has been received well by local players.

Simon Hammon, Chief Product Officer at Relax Gaming, said: “The regulated German market is growing at pace, but in order to truly flourish within it, operators need to invest in strong, localised content.

“Hölle is way ahead of the game in that respect and we’re delighted to partner with such a forward-thinking studio.”

Robert Lenzhofer, CEO and Co-Founder of Hölle Games, said: “We’re so excited to partner with Relax Gaming as we continue to focus on the German market with our eyes on several other key markets that we expect to enter during the year.

“These ambitious plans made Relax the ideal partner, enabling us to continue offering great localised content that really resonates with players.”