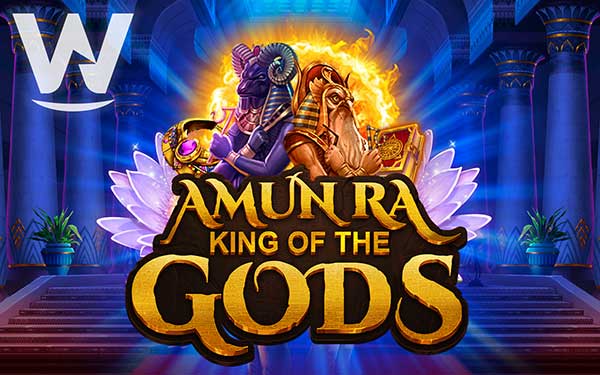 NeoGames S.A (Nasdaq: NGMS) subsidiary Wizard Games is presenting players with a rare opportunity to experience the most sacred of temples in its epic new adventure Amun Ra – King of the Gods.

The 5-reel, 4-row slot is centred around the mythical figure of Amun Ra, the Egyptian god of the sun and air, who challenges players to prove they are worthy of being in his presence. Rich rewards are possible within a slot that is packed with bonus features, with split symbols that can deliver huge payouts up to 40.000 ways.

The game’s Sun symbol is the key to unlocking reel positions that reveal split symbols which can deliver bigger payouts. The bottom reel starts locked and when the Sun symbol lands on the reels, it unlocks the locked row. The symbol that is in the unlocked position then splits up to six times for further potential combinations, with further splits available after each win in the sequence.

Players can also watch out for the Tumbling Tiles feature in the base game that can bring a cascade of winning combinations with increasing multipliers. When winning combinations are formed, the winning symbols are paid and removed to make way for new symbols. After each cascading event the win multiplier increases by one.

The thrills keep on coming with the Free Spins feature, awarded when landing four, five or six Scatters for 10, 15 or 20 Free Spins respectively. Added spins are available should a player land a +2 or +3 unlocked symbol on the last row during the round.

The thrilling adventure also contains Mystery symbols that all convert into the same random symbol to potentially unlock even more winning combinations. In certain nations where permitted, it is possible to progress straight to the Free Spins bonus round with a buy feature.

Amun Ra – King of the Gods becomes the newest title launched by the growing studio, following Dwarf Riches, as Wizard Games continues to expand its impressive portfolio of games.

Joey Hurtado, Managing Director at Wizard Games, said: “Amun Ra – King of the Gods is an epic game that combines a strong and powerful theme with an exciting split symbols mechanic which can lead to potentially huge wins for players.

“We are always striving to add this calibre of premium content to our portfolio in order to entertain our growing player base and I believe this is a title that will truly resonate in markets worldwide.”