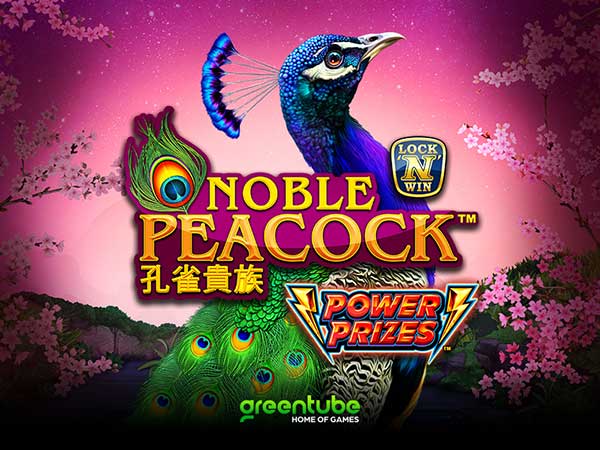 A beautiful slot garden is the serene setting for a game that transports players to a feature-packed environment resplendent with lotus flowers and the stylish Noble Peacock itself.

Landing six or more coins across the five reels triggers the Power Prizes™ bonus feature, where the Grand Jackpot can be claimed. The number of triggering coins that appear determines the number of bonus spins awarded in Power Prizes™.

Additionally, the Red Envelope landing on the third reel sets in motion a thrilling feature where up to four additional coin symbols are added to existing symbol positions on the reel set, potentially moving the player closer to the Grand Jackpot.

Steve Cross, Director of Games Development and Operations at Greentube, said: “Our Asia-inspired theme games have proven to be consistent performers and we are pleased to add to our portfolio with this latest example, which is packed with jackpot potential and engaging features.

“Our development team has performed great work in designing an immersive and beautiful playing environment that will be enjoyed by players around the world.”