Embark on a Great American adventure with Greentube in Diamond Link™: Mighty Buffalo 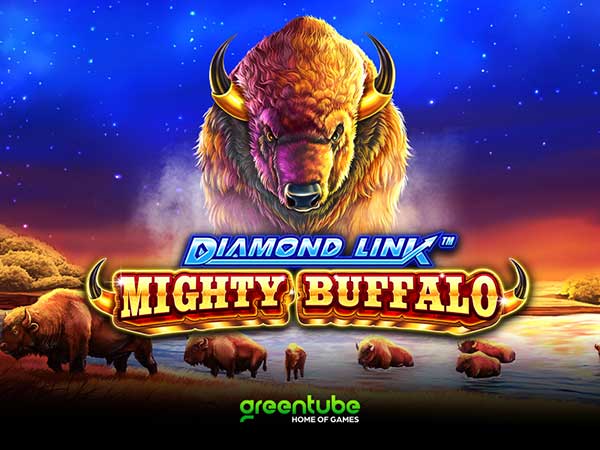 Greentube, the NOVOMATIC Digital Gaming and Entertainment division, is inviting players to head West into the Great Plains on an American adventure in Mighty Buffalo, the latest addition to the legendary Diamond Link™ series.

This animal-inspired, 5-reel, 25 win line title boasts an incredible array of bonus features and innovative mechanics that can see players win big cash prizes, should they be brave enough to grab this slot by the horns.

When Colossal Spins occur, the middle three reels play host to a giant symbol that has the ability to turn wilds colossal with a x2 or x3 multiplier on them.

Wild Spins see players receive one free spin in which a random number of wild symbols appear on the reels with a x2 or x3 multiplier attached to them.

The Sticky Spin feature makes this game even wilder as players are rewarded with respins where winning symbols stick on the reels until no more winning symbols are added. Every wild which is part of a win line also has a x2 or x3 multiplier on it, increasing the win potential further.

To further boost the excitement in this title, every wild during the colossal, sticky and wild spin features can multiply themselves, if they feature on the same win line.

The most impressive wins in Diamond Link™: Mighty Buffalo come by way of one of two lucrative progressive jackpots – the Major and the Grand.