Evoplay heads out to water in Mega Greatest Catch 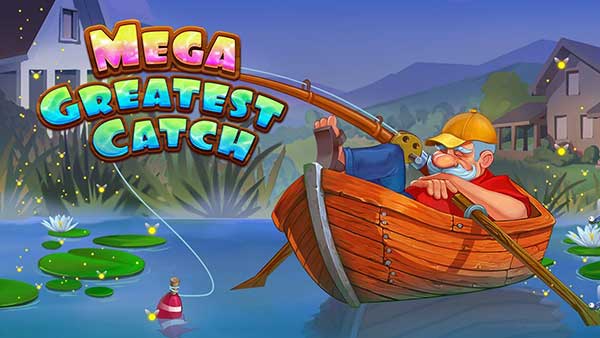 Returning to the peaceful environment explored in the game’s predecessor, Mega Greatest Catch reintroduces a familiar face, an old fisherman who has another opportunity to land his dream catch.

The game is played out on a 5×4 grid with a pond packed with big fish and even bigger wins, allowing players to cast a line out and reel in various items from the waterbed, including Scatters, Wilds and Fish symbols.

Scatter symbols can appear on any reel and are required to unlock the Free Spins game, with additional Scatters triggering more Free Spins and providing opportunities to win up to x10,000 the bet.

Wild symbols activate buoys as part of the title’s progress bar, every Wild symbol that appears in the game activates one buoy on the bar. Every fourth buoy awards an additional 10 Free Spins, with an increased multiplier, included as part of the bonus round’s Fishing feature.

Elevating the Free Spins round, is a brand-new Fishing feature that can be triggered if Wild and Fish symbols are present on the reels. Here, each Wild symbol collects the values of all Fish symbols, with the final value added to the player’s winnings at the end of the round.

Commenting on the launch, Ivan Kravchuk, CEO at Evoplay, said: “We’re so pleased to deliver an exceptional new game filled with fluid animations and the potential for some exceptional payouts.

“With several engaging features, we expect the newly launched product to deliver an alluring playing experience that wins over even the most stubborn of players.”