Home » News » Fly high with FunFair Games’ Hugo: Up & Away

Fly high with FunFair Games’ Hugo: Up & Away 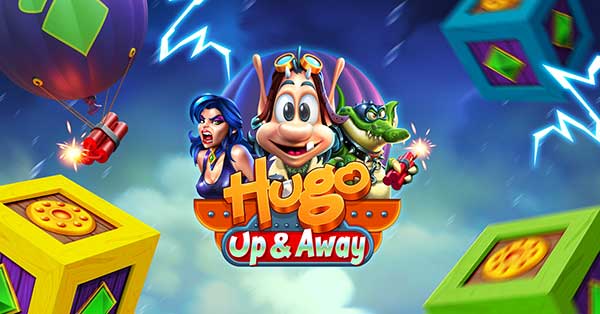 FunFair Games has announced its latest next-generation title, Hugo: Up & Away, an exciting multiplayer crash-game created in partnership with IP-owner 5th Planet Games.

The story-driven release sees the lovable troll Hugo navigate through perilous storms and thunderous clouds in a plane full of jewels, all while avoiding his foes’ explosive TNT balloons.

A fulfilling multiplier increases the further Hugo travels, with a delightful maximum win worth x2,500. However, should our protagonist be struck by fatal lightning, the rewarding journey comes to an end. Players must decide the best time to parachute to safety in order to earn more rewards.

Hugo is a fictional character who was first introduced through a hit interactive live TV show that aired in the 90s and entertained people in more than 40 countries. The franchise also amassed a large following in the video-gaming space, bringing forward a range of computer, mobile and console games that received global recognition.

Thanks to FunFair Games’ recently announced partnership with Hugo’s IP holder 5th Planet Games, the innovative studio has been able to introduce the timeless character to the growing crash-game vertical.

Featuring the same mechanics as the company’s top-performing title AstroBoomers: To the Moon!, the new title promises an engrossing casino experience.

Enhancing the studio’s collection of immersive non-traditional titles, Hugo: Up & Away allows FunFair Games to meet its ambitions of developing a new genre of games and attracting the next generation of gamblers.

Mark McGinley, CEO of FunFair Games, said: “Hugo: Up & Away has the potential to be one of our most popular releases, with the Scandinavian franchise having gained a broad following thanks to a consistent flow of gaming and cinematic adaptations since the 90s.

“We’re delighted with the final product and have to thank 5th Planet Games for its support throughout the development process. We can’t wait for players to enjoy this vibrant title that combines elements from the original game show and harmonises it with the thrilling crash game elements.”

Mark Stanger, CEO of 5th Planet Games, added: “We are delighted to bring Hugo into a completely new and exciting vertical in the real money gaming space together with FunFair Games. With a crash scene being the focal point of the original TV show, we have found the perfect match in FunFair Games with their expertise in creating engaging crash-style content, and we couldn’t be happier with the result.

“Hugo remains an extremely popular character in countries around the world and offering a modern twist of the original story was an opportunity we could not turn down; we look forward to introducing the game to fans old and new.”