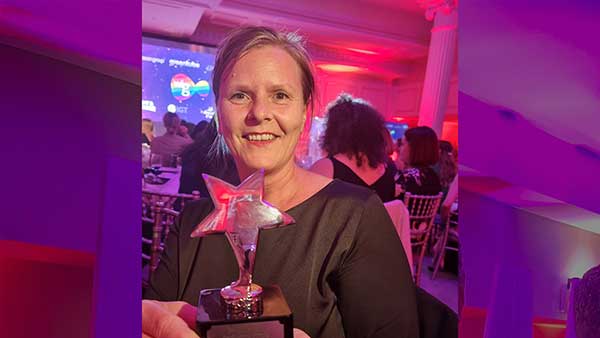 Müller was recognised for her vision, innovative approach and success which has made her an outstanding role model who inspires women to choose a career in the Land based Gaming or iGaming industry. This award was chosen by an esteemed judging panel from the finalists of the seven categories on the night.

The ceremony was held at London’s prestigious Savoy Hotel on 15th September where they honoured excellence in promoting diversity and inclusion within the gaming industry. This year marked the 12th edition of the awards which began life as ‘Women in Gaming Awards’ but made the move to add the Diversity element to reflect the positive changes in the gaming industry.

With over 15 years’ iGaming experience, Sabine has been responsible for product innovation, branding and marketing at GAMOMAT since 2019.

GAMOMAT Development GmbH’s Chief Design Officer Sabine Müller said: “I’m incredibly proud to have won the Industry Pride of the Year Award at this year’s Women in Gaming, Diversity event. Our industry offers a vast array of opportunities for women wanting to work within a hugely rewarding environment and being able to inspire more people to carve a path within it brings great joy.”