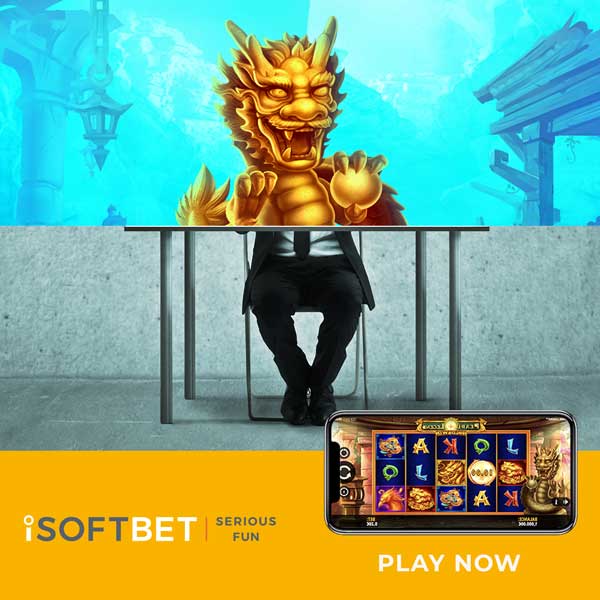 Set in a beautifully created oriental temple flanked by a fearsome dragon, the 3×5 grid is packed with creatures of lore, such as phoenixes, golden frogs and majestic dragons. On any spin, the dragon can spring into action with his furious fire to add extra wilds or additional pearls, or even change all royal symbols in view into high-paying wins.

The Respins mode is triggered if five or more shimmering pearls land on the reels on a single spin. This transports players to a five-by-five grid where they have three respins to gather more pearls, all of which have a cash value. The count resets for every successful spin.

As well as the cash values available on the reels, other pearls of wisdom linger in the form of multipliers, with gem symbols able to trigger one of four-reel boosters, such as a new row, cash value increasers, an extra life or multiplier boosts.

The supplier’s footprint has continued to expand in recent months through the signing of numerous commercial deals with leading suppliers such as William Hill, while continuing to grow its regional reach with operators such as Rootz and Playdom.

Active in 19 regulated global markets, iSoftBet provides some of the largest operators with top performing casino games and the quickest route to market via its GAP aggregation platform, adding significant value to all its partners.

Mark Claxton, Head of Games at iSoftBet, said: “Pearl Legend is the latest enchanting Hold & Win player-first product in our portfolio, reinforcing our commitment made in the brand manifesto, and we couldn’t be happier with it.

“Packed with features and a vast array of modifiers in the respins mode, there’s so much for players to enjoy in their hunt for the glimmering pearls.”