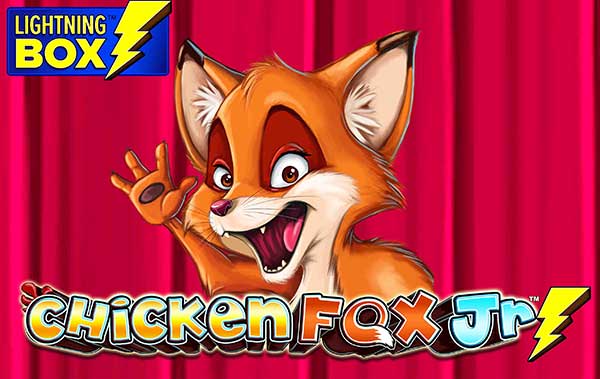 This 20 payline slot will feature upgrading symbols via its innovative Fox Junior Bonus and a Free Spins Round. These mechanics are packed into a colourful title that builds upon the original’s winning formula. It will initially be made available in the UK and Europe followed by a two week North America exclusive with BetMGM in the coming months.

During any base game spin the Fox Junior Bonus can be activated. Our main protagonist, the Fox appears next to the reels and shoots his bow and arrow, upgrading all instances of one low paying symbol. These then become high paying symbols which can aid in the creation of bigger wins and can even reveal an extra Gold Egg Scatter symbol.

If three or more Gold Egg Scatter symbols are landed during a spin or triggered via the Fox Junior Bonus the free spins round is awarded. Here all base game symbols are removed from play with only the instant prize-awarding chickens and extra free spin awarding eggs in play.

These must be activated by landing the Fox symbol on any position during each spin to be awarded. This Fox symbol can also be landed with a 2x multiplier attached and this is key to unlocking the titles max win.
Chicken Fox Jr is available to customers of Light & Wonder’s industry-leading OpenGaming™ platform alongside popular new titles such as Lightning Gorilla and Murphy’s Pots.

Michael Maokhamphiou, Operations Manager at Lightning Box said: “Building upon the success found within the popular Chicken Fox title was one of our main goals when developing Chicken Fox Jr.

“Here we have expanded upon the free spins round by adding a multiplier collect symbol, whilst also integrating upgraded symbols in the base game and additional chances of awarding the free spins round. These seamlessly work together to create a bigger and even more exciting title than players found in the original Chicken Fox.”

Rob Procter, VP Game Development at Light & Wonder “Lightning Box’s team should be incredibly proud of the work that went into making Chicken Fox Jr and we are delighted to add it to our OpenGaming™ platform. They have enhanced a player favourite and built upon the features that made the original an instant hit.”