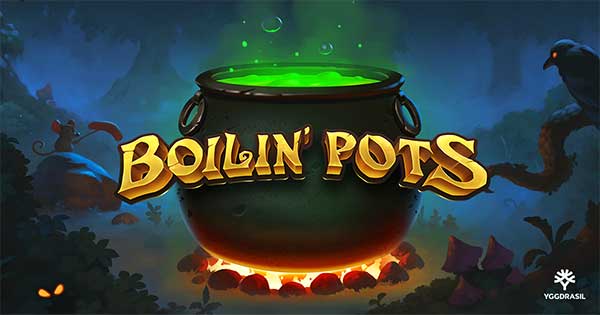 The 5×7 slot can expand on every single spin, with each arrow symbol that lands increasing the reel height by one. Should the reels expand to the maximum of seven symbols a series of Wild Re-spins are triggered in which Stacked Wilds come into play.

If players land three scatter symbols during base gameplay a bonus game is triggered, with the feature played on a board with just one payline. Whenever a symbol lands on the payline, it awards a multiplier prize. Players receive three lives with one lost each time the player does not land a winning symbol. However, these reset to three whenever one lands.

Should players trigger the bonus game with four or five scatter symbols a 10x or 100x cash prize is paid out respectively. This is alongside any other prizes earned from this lucrative feature. Impatient alchemists can trigger this feature via the Buy Bonus for 49.5x their stake.

Stuart McCarthy, Head of Product and Programs at Yggdrasil, said: “We’re absolutely delighted to introduce Boilin’ Pots to players across our distribution network.

“This devilishly fun slot has a whole host of fantastic bonus features and mechanics that we’re certain will be well received by everyone that opts to give it a spin.”