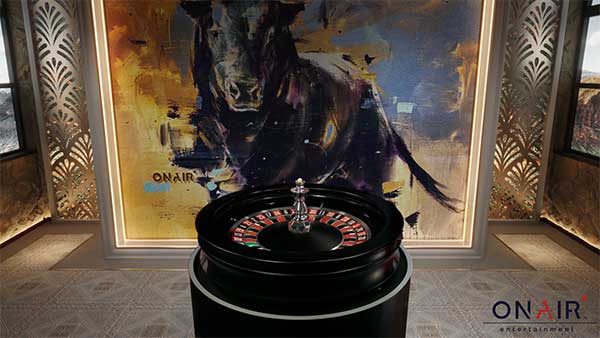 OnAir EntertainmentTM, the go-to provider of premium live casino content to operators in regulated markets, plans to open a new studio in Spain in early 2023 and will showcase its advanced offering at next week’s SBC Barcelona event.

The new offering will also feature an exclusive, dedicated and localised digital branding environment that reflects the specific requirements of the Spanish market.

OnAir EntertainmentTM intends to open the doors of its new Spanish studio at the end of the first quarter next year with operators already showing interest in adding these tables to their portfolios.

Spain will be the company’s third new market available in Q1 next year alongside Italy and Romania.

OnAir experts will unveil a new stand featuring its latest state-of-the-art live casino technology and products at next week’s SBC Barcelona event between 20th to 23rd September. They will be available throughout the show to meet both existing and prospective customers eager to discover more about the company’s high performing offering that has attracted some of the biggest global brands in iGaming.

The rapidly growing provider has launched a staggering 10 new markets in just 10 months and is yet to celebrate its first anniversary. This includes the recent launch of a suite of tailored table environments for Denmark and the Netherlands markets, and the coming launch of two new studios, in Romania and Georgia, in Q4 2022 and Q1 2023 respectively.

The OnAir EntertainmentTM network is certified in key regulated markets including the Isle of Man, the UK, Greece, Ontario, Latvia, Sweden, Denmark, the Netherlands, and all Malta jurisdictions.

Mathijs Beugelink, Head of Operations at OnAir EntertainmentTM, said: “As part of our global expansion plans, Spain has always been in our plans to launch our immersive and customised games experiences, and what better products than with our wide range of roulette tables.

“The time to make it happen is already here. We are committed to becoming the leading provider of live casino content in the industry, and this studio is another step towards achieving this goal.”