Home » News » OneTouch lights up the reels with Flexing Dragons

OneTouch lights up the reels with Flexing Dragons 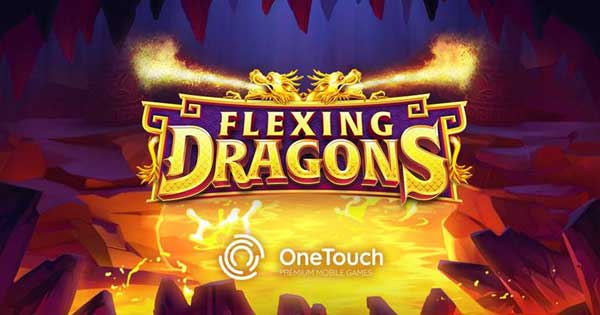 The game invites courageous players to set the reels alight, with each cascading dragon-themed symbol bringing a different number of ways to win, up to a searing maximum of 117649.

Flexing Dragons’ thrilling Free Games turn up the heat by triggering a cumulatively increasing multiplier, which is added to any prizes won during the following spin or avalanche. The title’s buy-in feature, which is configurable in compliance with local regulation, also allows players to purchase Free Games instantly.

The immersive title marks OneTouch’s latest addition to its engaging portfolio of mobile-first slot and table games, which are enjoyed by a rapidly growing fanbase thanks to the string of major commercial deals signed by the supplier.

Ollie Castleman, Head of Marketing at OneTouch, said: “Offering fire-breathing symbols, exhilarating in-game features and a red-hot shot at winning scorching cash prizes, Flexing Dragons is a slot not to be missed.

“The smouldering release kicks off an exciting hot streak here at OneTouch, with further innovative launches in our pipeline for the near future.”