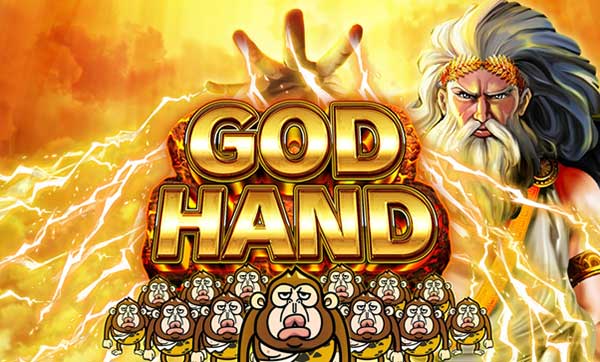 God Hand is an epic title filled with unique features that will be sure to build a loyal player following.

Press the spin button and watch as a God-like figure drops a boulder below. If he deals you a lucky hand with a coloured ball you could claim a big prize, while if a golden ball appears you will be immediately transported to the Gold Rush free spin round where a Goddess serves you with the chance of a win of biblical proportions.

But even if you don’t manage to hit those heights, a clever Last Judge ball is designed to give players one more chance to come away with a heavenly feeling.

BeatsEx invites partying players to put on their dancing shoes and get lost in the rhythm of the night in a DJ-themed game with an unforgettable soundtrack, while Jewelry Cats is a feline fantasy adventure where players can hit multipliers of up to x25 plus respins and a thrilling jackpot feature.

Petra Maria Poola, Head of Business Development and Operations at OneTouch, said: “We have had a fantastic start to our new series of games aimed at the booming Japanese market with two bright and colourful, action-packed slots and now God Hand with its unique, easy to use gameplay that players there will love.

“We carried out extensive research prior to launching our games in Japan and strongly believe we have some of the best content that has ever been delivered there. Plus, there is much more to come so watch this space!”