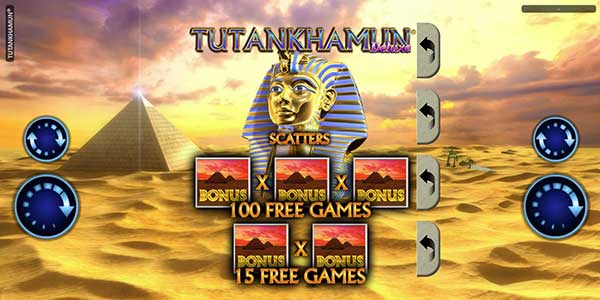 Offering engaging gameplay with slot-inspired features, Tutankhamun Deluxe® Pull Tab presents four tabs that players virtually pull back to reveal prizes, which include cash pay outs, free games and re-triggers up to a maximum win of 1,000x their bet.

Earning two Scatters awards 15 Free Games while three Scatters will award the player a huge 100 Free Games. Wins in the Free Games round, played on a separate set of reels, can be multiplied up to 10x and can also be re-triggered.

The new title is the latest in hugely popular Pull Tab series and follows previous games Slot It In! Pull Tab and Super Bar X™ Pull Tab as Realistic Games continues to produce high-quality content that resonates across key markets and varying demographics.

Robert Lee, Commercial Director of Realistic Games, said: “Our instant win Pull Tab series has long been a favourite with players across the board with simple, yet engaging gameplay.
“Tutankhamun Deluxe® as a slot was a fantastically successful title in its own right, but now reimagined with Pull Tabs, it provides a whole new level of additional appeal.”