OneTouch sets sail for the horizon in Loot or Boot 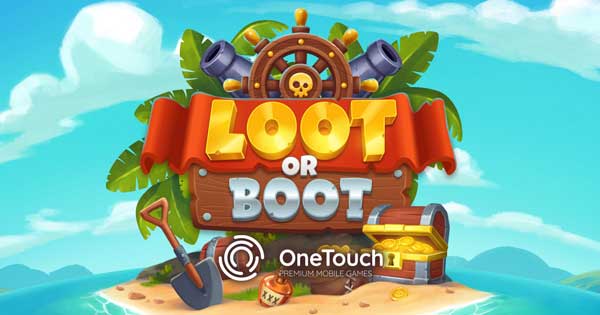 Played against the immersive backdrop of a mysterious treasure map, landlubbers who enjoy the fast-paced pirate theme and soundtrack could be forced to walk the plank if they hesitate to hoist the mainsail.

The title caters to experienced enthusiasts and total newcomers alike by allowing players to select their volatility level, choosing from one of five categories between ‘easy’ and ‘nightmare’, each of which brings a unique thematic symbol such as a treasure chest, set of keys or skull-engraved gold coins.

The release caps a highly successful 2020 for OneTouch, with the mobile-first games studio extending its commercial reach in regulated markets across Europe and Latin America ahead of a major product launch in its pipeline for early 2021.

Petra Maria Poola, Head of Business Development and Operations at OneTouch, said: “Players in the mood for a treasure hunt should climb aboard the pirate ship and gallantly set sail for the high seas in our thrilling new game, Loot or Boot.

“Customisable to the full spectrum of player experience levels, it’s the perfect option for operator partners looking to drive revenue, and we look forward to continuing to roll out premium mobile games in 2021.”