Playson changes the game with Stars and Fruits: Double Hit 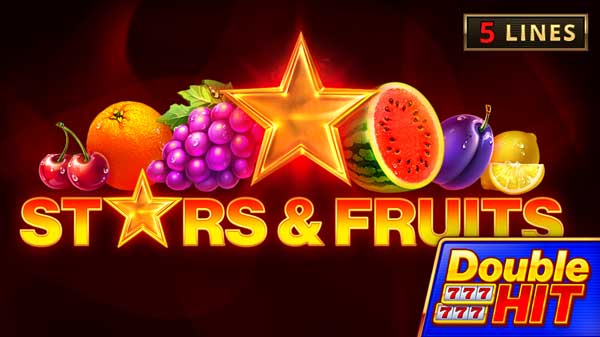 Casino games and software developer Playson has launched its latest game, Stars and Fruits: Double Hit, for the German market.

The title is the first to feature the company’s innovative new mechanic, ‘Double Hit’, that allows players to spin across two game fields at the same time, ideally suited to a territory such as Germany, where slots are subject to a minimum spin duration of five seconds.

The exhilarating title’s 3×5 game field appears alongside an identical counterpart, yet pays out separately to add a fresh level of excitement. The newly-enhanced gameplay means that winning combinations pay individually from leftmost to rightmost on each grid, except for special symbols.

Additional thrills are provided by Gold Star Scatter symbols, which pay out irrespective of bet lines and the game field, so winnings are granted when up to 10 appear regardless of where the Stars land.

Vsevolod Lapin, Head of Product at Playson, said: “We’ve upped the ante on our highly acclaimed gaming suite with this new title, adding a brand-new game field to ramp up the excitement for thrill-seeking players.

“We feel confident that unique Playson content such as Stars and Fruits: Double Hit will perform strongly with customers based in Germany, retaining the thrill of the gameplay in compliance with the legal minimum spin duration.”