Pragmatic Play aims for the heavens in Gates of Olympus 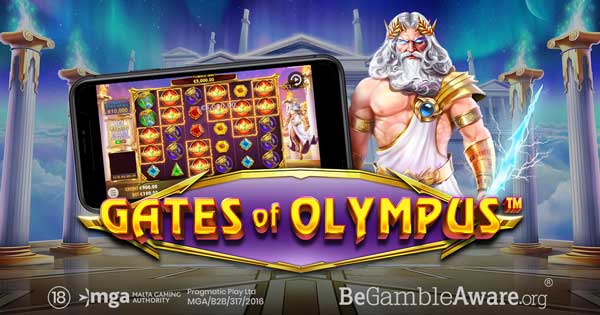 Pragmatic Play, a leading content provider to the gaming industry, welcomes players to the mythical home of the Greek gods in its latest release, Gates of Olympus.

The colourful 5×6 slot is a highly-volatile experience, featuring 20 paylines for winning combinations to land on and a ‘Pay Anywhere’ system that pays out on clusters of eight or more. With tumbling wins and multipliers into the mix means all sorts of chaos can follow, increasing the potential for huge wins.

Zeus himself hovers on the right side of the screen and can trigger the multiplier feature at random with his godly powers. Players will see winged gemstones land on the reels when this happens, featuring multiplier values from 2x all the way up to 500x.

The bonus round is triggered by landing 4 or more Zeus Scatter symbols, with the multiplier increasing respectively with the appearance of more Scatters. Players will then be granted 15 Free Spins, with all multiplier symbols they land landed being added to the progressive global multiplier.

Gates of Olympus arrives hot on the heels of popular releases The Hand of Midas, Eye of the Storm and Madame Destiny Megaways™, strengthening Pragmatic Play’s exclusive slot portfolio that has been tailored for players of all skill levels.

Yossi Barzely, Chief Business Development Officer at Pragmatic Play, said: “Gates of Olympus is the latest Pragmatic Play title to draw influence from Greek mythology, and it looks likely to be our strongest yet.

“With alluring gameplay and unique systems at play, the ‘Pays Anywhere’ function adds a whole new dynamic to the game. We expect our players across the globe to really enjoy this addition.”