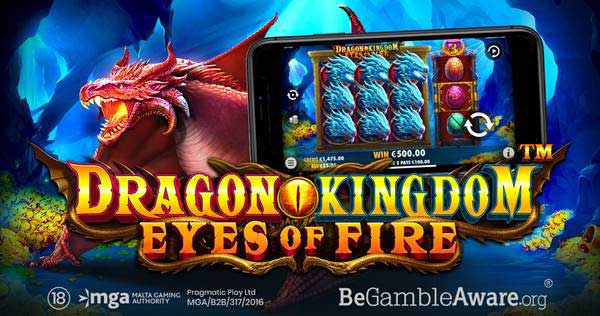 Pragmatic Play, a leading content provider to the gaming industry, puts players on a quest for the dragon’s lair in search of big wins in its latest release, Dragon’s Kingdom – Eyes of Fire.

The 3×3 slot offers five paylines while the Progressive Feature teases untold riches from the treasure trove guarded by dragons.The gameplay features a multiplier which increases on each non-winning spin to reward players with up to 1,250x the bet as Wilds increase the scorching win potential.

“The intuitive gameplay is boosted by a beautifully designed backdrop of caverns filled with gold – some of which the bravest adventurers can scoop from under the dragon’s nose. Dragon’s Kingdom – Eyes of Fire is red hot and sure to please operators and players alike.”

Pragmatic Play currently produces up to five new slot titles a month, while also delivering Live Casino and Bingo games as part of its multi-product portfolio, available through one single API.