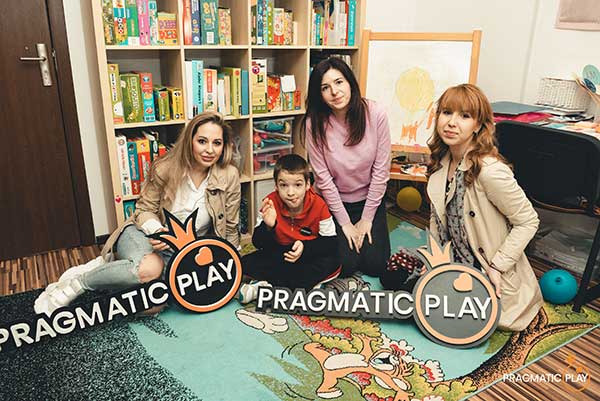 Pragmatic Play, a leading content provider to the iGaming industry, has contributed €18,000 to two established autism causes as it continues to donate towards significant charitable concerns across the globe.

Looking back at April – with it being the World Autism Awareness Month – Pragmatic Play supported key programmes in both building new facilities and assisting in daily activities.

In 2022, the provider has worked closely with Autism Voice in Romania. The charity, set up in 2008, assists families with autistic children in its two therapy sites. It is set to open a research centre, the Autism Voice Institute, which will cover an area of over 1,000 square meters in Bucharest and will include spaces for research and development of therapy programs, as well as private spaces for counselling, therapy sessions, and training. Pragmatic Play donation will assist with the funding for this new setting, which is set to open later this year.

In its Malta hub, the supplier has assisted the Autism Parents Association, contributing gaming consoles, board games and other interactive products aimed at the charity’s youth project, Social Integration Programme for Teens (SIPT).
The charity holds fortnightly sessions which concentrate primarily on behaviour, social interaction, lifestyle and other fun activities.

Through this initiative, numerous benefits have been nurtured, including improving mental health, increased interaction among peers, empowerment with cognitive tasks, and improved social skills.

Julian Jarvis, CEO at Pragmatic Play, said: “Our CSR programme is extremely important to us, as we look to assist those in the communities that we’ve become part of. As April was World Autism Awareness Month, it gave us a perfect chance to work with charities close to our hearts and make a tangible difference.