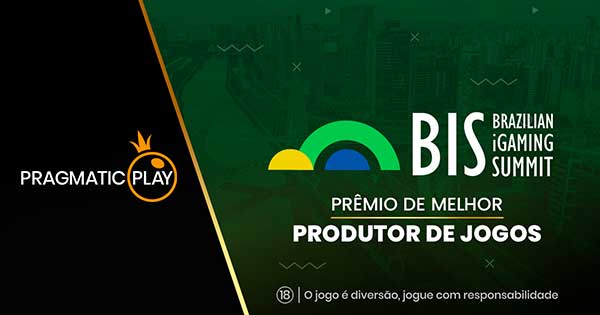 Pragmatic Play, a leading content provider to the iGaming industry, has enjoyed yet more industry recognition for its pioneering commercial activity in Latin America, being crowned Game Producer of the Year at the Brazilian iGaming Summit (BiS).

The award is the second in as many weeks, following on from the supplier landing the hotly contested Game of the Year award at the EGR Operator Awards in London.

BiS is the first and only face to face event in Brazil this year, and during the two-day run, Pragmatic Play has leveraged its significant position and expertise in the market and the wider LatAm region with its headline sponsorship along with its presence with a stand on the show floor.

Victor Arias, Pragmatic Play’s Vice-president of LatAm Operations, said: “It’s a great honour to have received this award and is testament to the hard work our team has put into working with our partners in Brazil.

“It’s such a great country to work in and a market that holds fantastic potential for us. We’re looking forward to continue developing our presence here.”