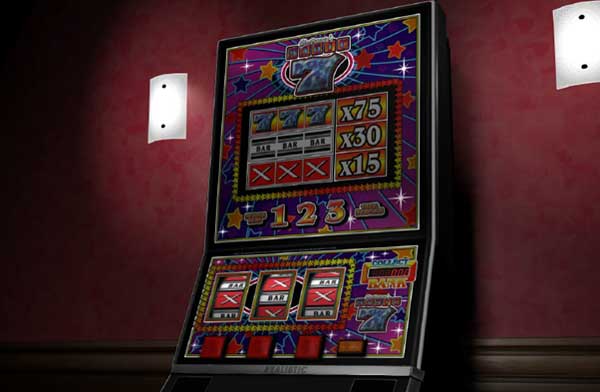 Award-winning casino content developer Realistic Games has expanded its popular collection of iconic Electrocoin remakes with the release of Magic 7™.

Now available to play across mobile, desktop and tablet for the first time, the 3-reel, single line slot stays true to the original mechanics and aesthetics of the land-based classic to recreate the arcade-style gaming experience for online audiences.

With similar gameplay to Electrocoin’s other breakthrough slots, players win through several sequences, including by way of ‘Hold on Win’, ‘Free Spin’ or ‘hold pair feature’, which is offered at random when a pair of matching symbols are held on the win line.

In Magic 7™, the ‘O’ symbol is replaced with a blue 7, meaning that any nudges awarded result in a winning combination for the player. The game also includes the enhanced ‘Free Spin’ feature where the player can activate a combination of 10 consecutive winning spins offering an impressive maximum prize of x750 the starting bet.

Magic 7™ is the eighth Realistic title based on Electrocoin’s iconic portfolio, joining smash-hit releases Bar-X™, Super Bar-X™ and Big 7™, as well as the supplier’s Game Changer and Pull Tab versions.

Robert Lee, Commercial Director at Realistic Games, said: “With fantastic winning potential and a gameplay that is both exciting yet easy-to-understand, Magic 7™ makes for another brilliant slot to add to our Electrocoin collection.

“This portfolio of land-based classics is proving to not only attract traditional slot fans, but also appeal to new players who have never before experienced the joys of an Electrocoin game. This is exactly what we set out to do through this partnership and is a testament to the commitment of our developers to stay true to the original brand.”

Gabino Stergides, President of Electrocoin, said: “Electrocoin took the arcade slot experience to the next level when we released the Magic 7™ machine and Realistic have done it once again with the online version, expertly recreating the elements that made the original so popular.

“With each release in the portfolio performing so well, it just goes to show that with the right team, an iconic brand can transcend both time and delivery channels to establish an audience in the digital era.”