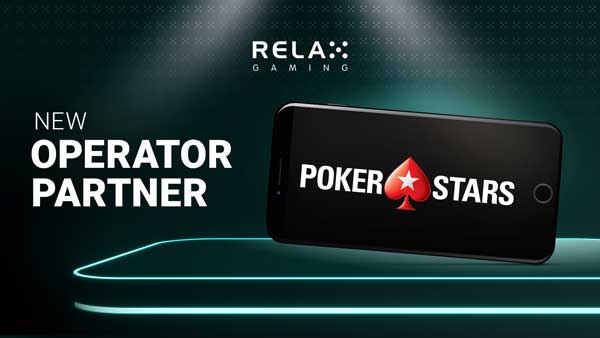 Relax Gaming, the igaming aggregator and supplier of unique content, has penned a deal with leading global betting, gaming and entertainment brand PokerStars.

Set to encompass numerous markets, the agreement will give the operator group’s enormous international player-base access to its award-winning catalogue, including player favourites Temple Tumble, Iron Bank and the hugely popular Money Train 2.

Alongside its own high-quality games, PokerStars will be able to select content from Relax’s 50-plus hand-picked aggregated partners including Fantasma Games, ReelPlay, and 4ThePlayer, made possible by its hugely successful Powered By Relax and Silver Bullet partnership programmes.

The deal is set to significantly boost Relax’s exposure across key jurisdictions across Europe, with Italy and Spain to be high-priority markets for both partners as the esteemed supplier looks to continue expanding its extensive tier one presence.

He added: “It’s always a pleasure to partner with the world’s leading online brands that are making a huge impact in the market through innovation and a quality offering.

“PokerStars is an operator with enormous status and reach. I’m sure the addition of our extensive portfolio will only benefit that further as they continue to expand and differentiate themselves from the competition.”

Relax’s dedicated approach has seen the supplier receive a record-breaking 16 nominations across the EGR B2B Awards and the CasinoBeats Developer awards in 2021 as well as taking home “Casino Content Supplier” at the EGR Nordics Awards in February.

Now one of the industry’s leading aggregators, Relax provides more than 2,000 online casino games, from its high performing proprietary slots to a significant, varied library of content from hand-picked third-party studios via its partnership programmes.