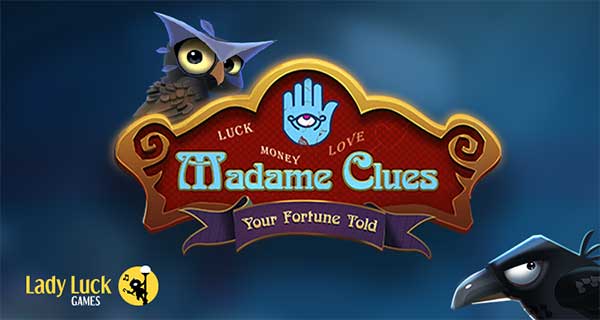 Swedish slots specialist Lady Luck Games invites players to let fate decide their destiny in Madame Clues, a mysterious one-reel slot set in the abandoned arcade of an amusement park.
Those brave enough to gaze deep into the Fortune Teller’s crystal ball will see that this one-of-a-kind game displays just one symbol every time the reel is spun, awarding players up to 12x their bet during base gameplay.
At any given time, one of two special symbols could appear courtesy of the Clairvoyant, these can lead to players winning up to 23,040x their bet.

If Madame Clues reveals a Raven symbol the Look Deeper bonus is triggered, this symbol splitter feature sees symbols split into 4 new ones up to a maximum of 3 times, meaning that there can be 64 symbols in play at once on an 8×8 grid.

Celebrating the release of Madame Clues Mads Jørgensen, Co-Founder and Chief Executive Officer of LL Lucky Games AB said: “We’re thrilled to kick-start 2022 with such an innovative slot release, a lot of time went into developing this and we’re confident we have something truly special on our hands.

“We’re developing games with the new generation of online slot player in mind, and this title gives them something that’s unlike anything they’ll have ever played before. Now it’s down to them to step up to the crystal ball, take their chances and reveal their fate.”