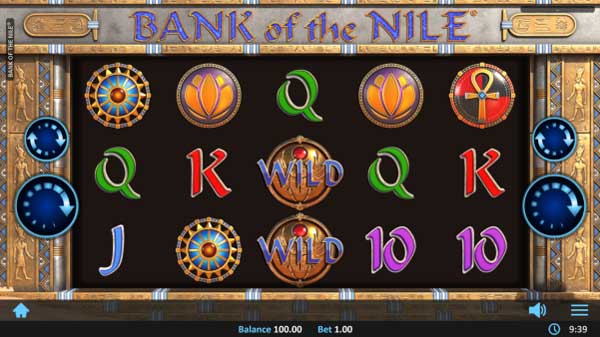 Award-winning casino content developer Realistic Games is taking players on a slot adventure through treasure tombs in its latest release Bank of the Nile.

The 5-reel, 20-fixed pay line title has gone live exclusively on Microgaming‘s platform and features Flaming Wilds, randomly activated in the base game, as well as a pick-me style Tomb Bonus Round that maximises winning potential.

During the bonus, play starts in one of six Egyptian tombs with eight artifacts to choose from containing either a prize or a losing scorpion. The player keeps selecting artifacts until all prizes are revealed and a multiplier is awarded, or a scorpion is uncovered, immediately moving the player on to the next tomb.

The sixth tomb contains one final reward, or if no prizes were found in any of the previous rounds, players are instead presented with the Jackpot Tomb for a chance to uncover a huge prize hidden behind one of the six caskets.

Microgaming’s customers have been granted exclusive access to Bank of the Nile until 30th July, when the game will be released to Realistic’s entire distribution network.

Robert Lee, Commercial Director at Realistic Games, said: “Bank of the Nile offers an engaging bonus round for the players and we are thrilled to further boost our exclusivity deal with Microgaming by offering its customers first access to this Egyptian-themed title before the network launch.

“The game’s bonus round is designed to ramp up the excitement factor and provide players with a twist on a classic theme that has proven appeal among varied audiences.”