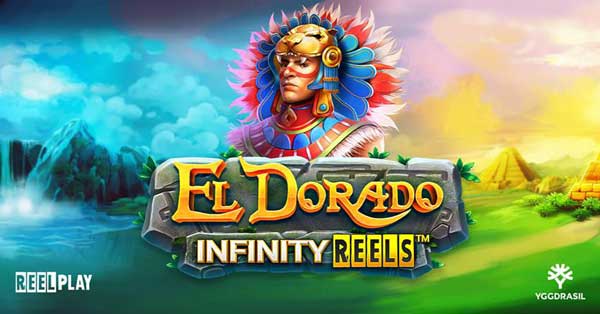 Inspired by a land of almost unlimited opportunity, each spin in the game provides a chance for a limitless number of reels to be added, also increasing the multiplier for all wins and boosting the chances of wealth.

Set in the Aztec Empire era where cities of gold flourished and treasures were plentiful, the game offers abundance of exciting features including the jackpot prize of 888x total bet when a player reaches 15 reels.

Any Temple Win awards 10 Free Spins which a player can choose to store, gamble, or play. The player’s decision will affect the level at which the Free Games are started with a higher level awarding bigger multiplier increases of +2, +3 or +4 per new reels added.

The game has been launched in partnership with ReelPlay and is the partner studio’s fourth slot game published through the YG Masters program. El Dorado Infinity Reels™ comes to life via Yggdrasil’s state-of-the-art GATI technology, which enables ReelPlay to employ the preconfigured, regulation-ready, standardised development toolkit to produce consistently cutting-edge content followed by rapid distribution.

“Paired with the striking design that ReelPlay is renowned for, this title will ensure players from across the globe are engaged and entertained as they are taken to the mythical city of El Dorado in search for gold.”

David Johnson, CEO at ReelPlay, said: “We are delighted to release another game developed through the YG Masters program. Yggdrasil’s GATI technology ensures that our content reaches new audiences in untapped markets, and we couldn’t be more pleased with this Aztec-themed release featuring our highly-popular Infinity Reels™ feature and advanced elements of player choice for their style of play.”