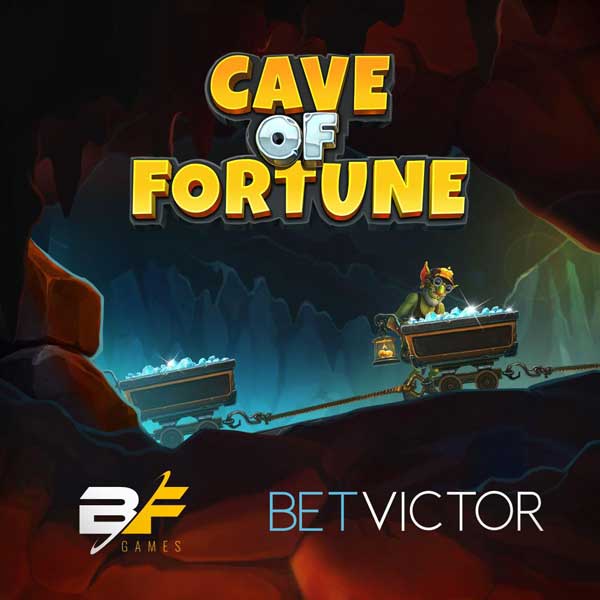 Leading operator BetVictor has launched BF Games’ latest title Cave of Fortune in its online casino for an exclusive period ahead of the innovative game’s global launch.

Cave of Fortune is the first title in a new genre of games developed by BF Games with fresh mechanics and thrilling new features for maximum player excitement.

The game is exclusive to BetVictor’s players for a week before being made available to BF Games’ wider operator partner network. BF Games and BetVictor partnered earlier this year with the supplier’s best-performing games going live with the operator across several jurisdictions.

Set deep in a cave inhabited by hard-working goblins, the game takes players on a journey to find hidden gems by using nitroglycerin to blast rocks apart.

Up to 20 Free Games are triggered when three or more Scatter symbols land, making the Total Nitro Collector appear on the screen. The title also features BF Games’ first ever in-game jackpot, offering players up to 500 times their stake. The jackpot is awarded during the Free Spins feature if the meter fills up with 15 Nitro symbols during the Free Games.

During the Free Games, the Explode Feature could be launched which will see Wilds appear randomly on the reels and increase win potential.

BF Games’ ever-expanding portfolio now comprises over 60 titles that offer a great mix of classic and innovative games to appeal to a wide demographic of players.

Piotr Szpoton, CEO at BF Games, said: “We are extremely proud of Cave of Fortune and we’re thrilled to further strengthen our partnership with BetVictor by offering the game to them and their customers for an exclusive period.

“The title has multiple special features and our first ever in-game jackpot which, combined with the unique design of the cave and the characters, offer players an extremely engaging experience with a nice story. Our games roadmap for the year features six titles with completely new concepts and math models which takes our content to a new level and we are excited to introduce it to slot fans across the world.”