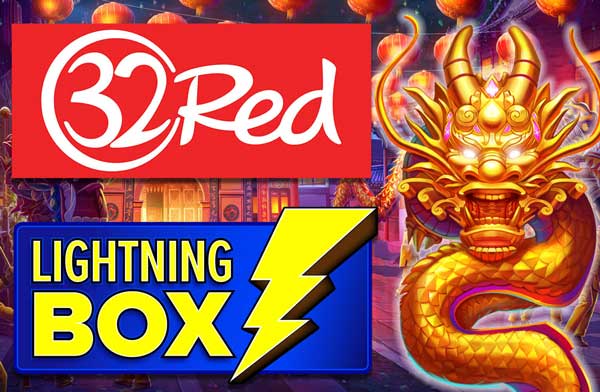 Players will be hoping the title character, named after the legendary dragon and bringer of storms, will make it rain in this enchanting 3×5 reel, 243 Way game.

With ShenLong acting as a Wild, the reels are crammed with Sino-specific symbols and divulge their treasures to the accompaniment of a soundtrack from dynasties gone by.

Riches await when the Lightning Bolt strikes to award jackpot prizes fit for an emperor and players can collect cash when the bolts fall in the active zone during Respins, providing a new take on the studio’s popular Lightning Respin mechanic.

The title, which also boasts Free Games with Colossal symbols that split, is scheduled to go exclusively live with 32Red from today before going on general release on April 28th via game aggregator SG Digital.

Peter Causley, CEO and co-founder of Lightning Box, said: “We’re confident Lightning Shenlong will be a storming success among our fans, and we’re excited about rolling it out first with our new partner 32 Red.

“Chinese mythology has been a rich source of themes for us in the past and this latest journey back to the country’s ancient story-telling tradition should be just as epic.”