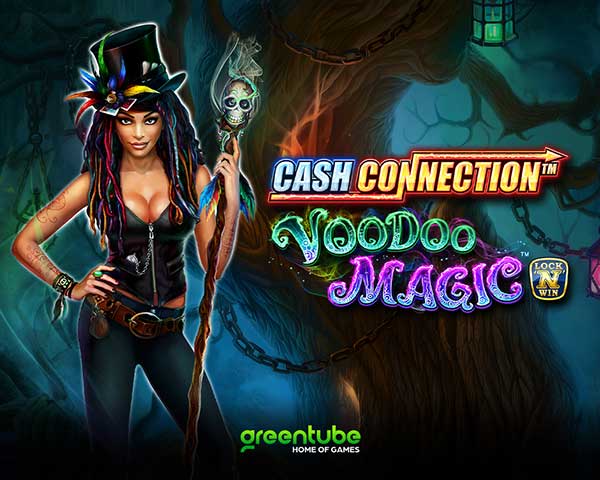 Greentube, the NOVOMATIC Digital Gaming and Entertainment division, is inviting players to a supernatural realm where witchcraft can offer big rewards in Cash Connection™ – Voodoo Magic™.

Landing six coin symbols during base gameplay will trigger the popular Lock & Spin mode, offering three free spins. In this bonus round, coin symbols are locked in place upon landing, allowing players an opportunity to fill the reels with every additional free spin. If a new coin appears, the free spins counter will be reset back to three, offering even more enchanting win potential.

If the voodoo luck is on the player’s side, 15 coins will appear on the reels during the feature, triggering the game’s Grand Jackpot. Three other jackpots are also on offer during the Lock & Spin mode, leaving plenty of chances for players to conjure up some magic.

The game is the latest in Greentube’s Cash Connection™ series which has gained a huge fan-following around the globe. The jackpot featuring in Voodoo Magic™ is linked to the series’ four other titles, ensuring a huge prize pot is up for grabs.

Steve Cross, Director of Games Development and Operations at Greentube, said: “We have had great success with our Cash Connection™ series and we are thrilled to add Voodoo Magic™ to the offering, just as spooky season is about to begin. The game’s captivating theme and mesmerising soundtrack coupled with the Lock & Spin feature makes for a title that is bound to appeal to players of all demographics, offering magical rewards to those who can use the voodoo powers.”