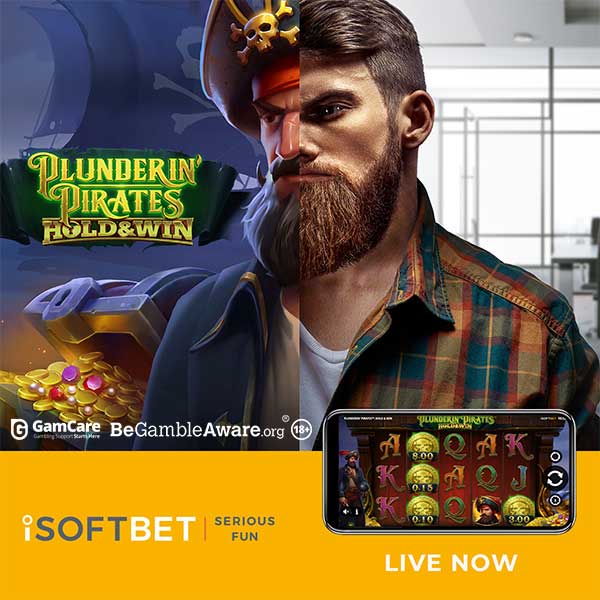 The 5×3, 20-payline slot boasts an impressive collection of features, with Hold & Win Respins, Booty Boosters and Explosive Modifiers added to bring new levels of excitement and engagement to the player experience.

The pirate captain serves as the highest paying symbol in the game, awarding an incredible 25x the bet for five of a kind, while the female pirate, monkey and parrot symbols complete the top pays.

The Hold & Win Respins bonus is triggered by landing five or more gold coins, awarding players three initial respins which reset to three each time a new symbol lands. Furthermore, different coloured Booty Boosters can land during the feature to activate one of the modifiers.

Silver Booster collects the values from all gold coins in view; Green boosts all adjacent coins by one cash level; Blue unlocks an extra row above the reels; Purple collects the values from all gold & silver coins in view. All collected coin values also remain in view after the boosters have been used, so the potential for big rewards grows rapidly, bumping up the excitement to epic levels.

On any base game spin, the pirate captain can also throw bombs onto the reels to transform symbols with one of three possible outcomes: Wilds Add, Symbol Upgrade or Bonus Add, which adds extra gold coins to the reels to make a feature trigger more likely.

Mark Claxton, Head of Games at iSoftBet, said: “We are delighted to finally be launching Plunderin’ Pirates: Hold & Win, bringing the thrills of an ocean adventure to the screens of our players.

“The game features three in-game modifiers as well as a unique bonus round, complete with exciting Booty Boosters, offering the fun player experience that our Hold & Win collection is known for.”