iSoftBet prepares for stampede of wins in Golden Buffalo Double Up 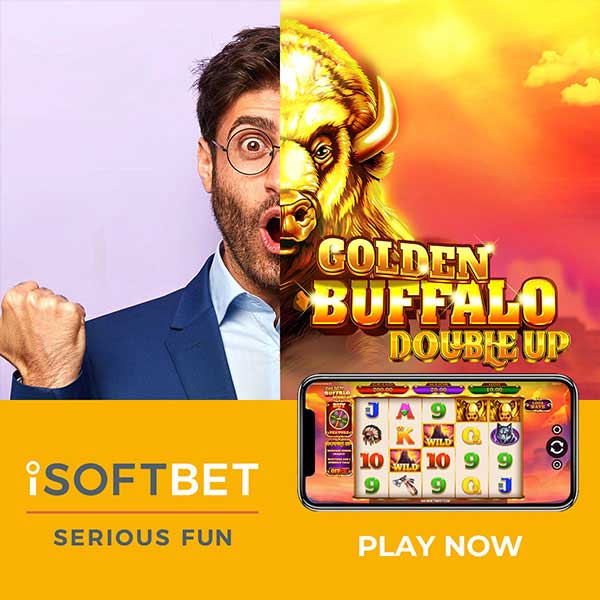 Set in the open plains of the American west, the 4×5, 1,024 ways to win slot sees players looking to find the highly popular Golden Buffalo symbols on the reels, which also feature majestic eagles and fearsome wolves.

The unique addition to the title is the ‘Double Up’ option, where players can double their bet stake, and see all Scatter symbols double in size, increasing the likelihood of triggering the Bonus Wheel.

Three or more partial or full scatters trigger free spins, where players will spin the Bonus Wheel and be awarded random prizes, which could be spins or cash prizes of up to 5,998 x Bet.

During the bonus round, the top-paying Golden Buffalo symbol can be stacked, increasing the chances for even higher payouts, while any wilds that land can have a multiplier attached, which can accumulate as well to huge, multiplied wins of up to 27x.

In certain jurisdictions, players can also progress straight to free spins with the Bonus Buy feature.

The title follows a plethora of award nominations for iSoftBet, as it continues to be recognised for its strong game development, after receiving four CasinoBeats Game Developer Award nominations and six EGR B2B award shortlistings.

“Adding diversity to our portfolio is a key focus, and we’re very pleased to roll out to welcome players to join the stampede of the majestic buffalo.”