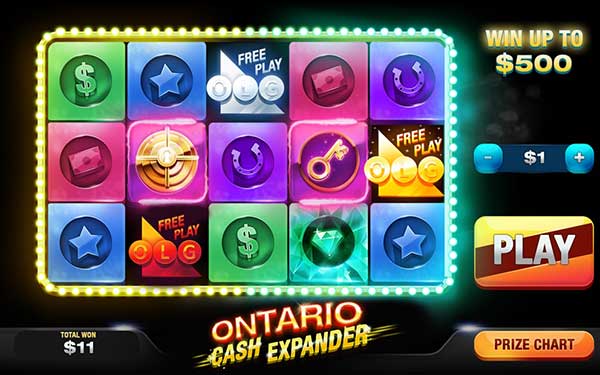 Ontario marks IWG’s 28th lottery market in total. The company already holds an established position within Canada, with its games now live across eight provinces in the country, including those managed by Atlantic Lottery Corporation (ALC), British Columbia Lottery Corporation (BCLC) and Loto-Québec.

IWG was recently awarded a supplier license by the Alcohol and Gaming Commission of Ontario (AGCO), paving the way for this new collaboration.

Alongside the continuous supply of new games, IWG plans to deploy its InstantJackpot and InstantLink technologies, which deliver progressive jackpot prizes within its in-house developed titles. And, OLG will have access to games that incorporate InstantPulse, providing them with the ability to update eInstant visuals at pre-set moments.

Ontario is widely expected to become one of the largest online markets in North America. IWG’s proven track record for developing and distributing exciting gaming experiences and customized content for lotteries worldwide ensures it will be at the forefront of this key marketplace.

Andrew Darley, OLG Senior Director, iCasino & iLottery, said: “As the iGaming open market heats up in Ontario, offering our players IWG’s variety of eInstants is an important strategic move for us which will help differentiate OLG.ca in the marketplace. We are excited to continue to grow our customer base with IWG’s products because 100% of OLG profits are reinvested back into the province. So, when you play OLG.ca, you play for Ontario.”

Rhydian Fisher, IWG CEO, said: “Following recent regulatory changes within Ontario, partnering with OLG is an incredibly exciting opportunity for us. Given IWG’s track-record for delivering top-selling eInstants to lottery players across North America, we are confident that our games will resonate lottery players in Ontario as well. We have exciting plans to help OLG truly differentiate itself as the single lottery operator in the province.”