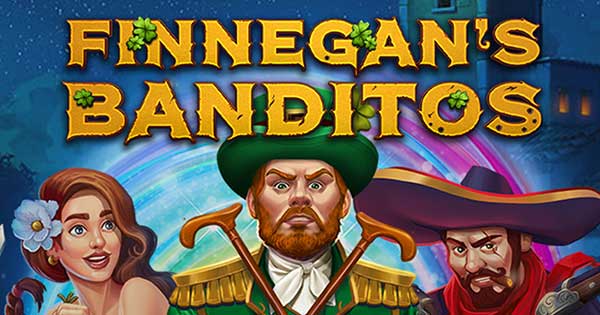 Kalamba Games has combined two proven slot themes in its latest title Finnegan’s Banditos as players join a leprechaun on an adventure through the Wild West in search for riches and gold, in time for St Patrick’s Day celebrations.

The game sees the lucky leprechaun hero Finnegan, who previously featured in Kalamba’s hit Finnegan’s Formula, navigate his way through the 19th century, encountering banditos who have tricked him into accepting their help in finding his lost pot of gold.

These criminals will go to any lengths to secure Finnegan’s riches as this can help players unlock the title’s max win of over 10,000x bet. However, the law is catching up to them with the slot being set against a Mexican jail with wanted posters of the antagonists shown in the background.

Player-favourite feature K-Cash is available in this release, with cash prizes attached to K-Cash spin symbols. When six or more K-Cash Symbols are hit in the base game, 3 initial K-Cash Spins are triggered which offer four levels of Cashpots or two types of bonuses. Also available in K-Cash Spins are sticky multipliers of up to 5x that can go onto increasing base game wins even further.

Alex Cohen, COO and Co-Founder at Kalamba Games, said: “Blending industry favourite elements like the Wild West and lucky leprechauns together has allowed us to create a title with universal appeal that is also packed with big rewards and high potential.

“The title is filled with our exciting Kalamba features all blending together to make Finnegan’s Banditos an outstanding addition to our growing portfolio of hit releases.”