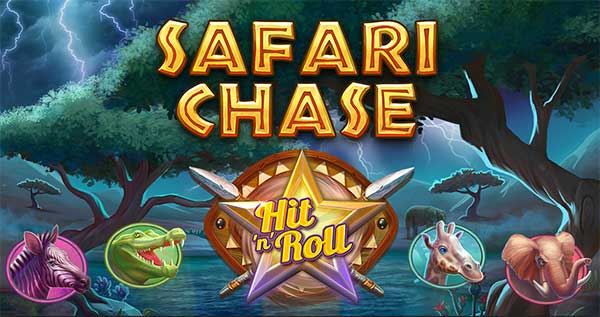 Based on the popular original game, players can go wild with elephants, crocodiles, giraffes, zebras and the King of the Beasts himself as they chase the bigger potential wins provided by the exciting wheel mechanic Hit ‘n’ Roll.

Once triggered, a selection of wins is possible from one of six Cashpot prizes, one of four variants of the thrilling free spins games, or an instant cash prize.

The free spins round features water droplets that upgrade all the standard game symbols to ferocious lions and the accompanying big wins.

Players can also chase the action straight away with two HyperBonus buy options to match the cash prizes – one that offers 1,2, 3 or 5x multipliers, and another with Cashpots.

Kalamba’s increasing use of intuitive and entertaining gameplay functions is set to continue as it builds up to its first Megaways™ release in September following its successful licence award of the now-iconic Big Time Gaming mechanic.

Alex Cohen, COO and Co-Founder at Kalamba Games, said: “We love our classic games and enjoy upgrading and breathing new life into them even more. The addition of Hit ‘n’ Roll brings a new dimension to Safari Chase and we’re delighted with how the game has turned out.

“We’ll continue to bring new innovations to our loyal players and we’re sure that our line-up of games for the remainder of the year is going to be even more successful as Kalamaba continues to grow.”