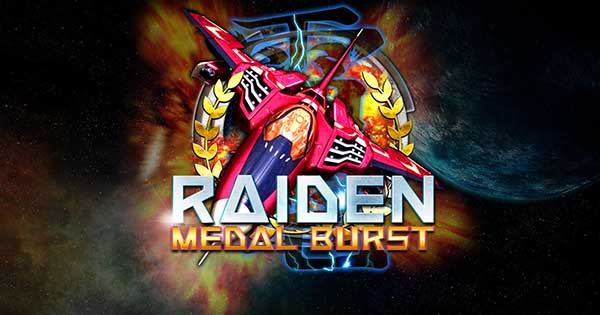 Mobile-first games developer OneTouch has released its latest title Raiden Medal Burst, an exciting video slot which has been purpose built to deliver a retro-gaming experience.

The thrilling release delivers fast-paced and combative gameplay, with the popular Raiden series being at the forefront of the title’s design. This gives a nostalgic audio-visual experience, with the iconic Raiden jet featured at the bottom of the screen and the ‘Unknown Pollution’ song from Raiden V kicking off the Free Spins mode.

Raiden is a well-known game series which was first introduced to players as an arcade game in 1990. Since its inception the series has resonated strongly with players, with new releases still attracting the attention of gamers across the world.

When three or more reels are filled with Medal symbols, players will be offered Free Spins during which all Enemy Craft symbols are replaced with Medal symbols. To dish out even larger wins, an exclusive Full Reel Wild symbol fills the third reel and sticks to it until the end of the mode.

To heighten the experience, the Raiden fighter craft takes off when Free Spins are triggered, giving players a fascinating surprise and a throwback to the original Raiden games.

“With an enhanced Free Spins mode, players are in for a treat. We’re confident that the new release will deliver an exciting gaming experience and will resonate highly with players who were fans of the original series.”